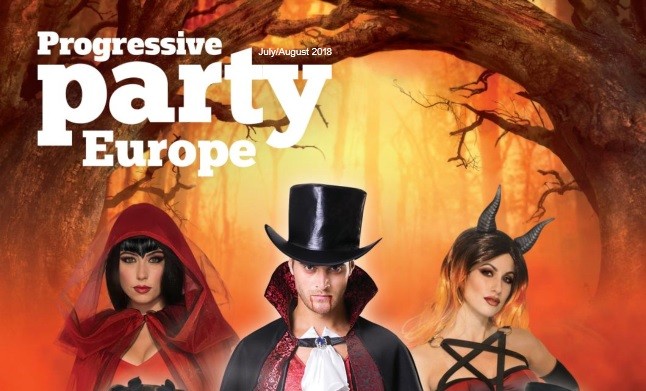 Progressive Party Europe (PPE) is the only trade magazine outside of Northern America covering the party and costume trade. Published six times per year, it is the central voice of the industry.

The content of the magazine is based on delivering information. For retailers, they deliver a continual stream of new product information, seasonal and sector features, retail trend analysis and much more.

PPE is sent to a total circulation of just over 6,000 retailers, suppliers, distributors, and wholesalers across 26 countries from the UK to Europe, and to key contacts in the United States.

Party Place is a popular costume and party shop based in Ellesmere Port. Joy Brothwood talks us through what has been selling well in recent weeks.

“We’ve been very busy recently as the Rewind Festival has been taking place nearby – the Baywatch costumes have been very popular. Anything lightweight has done well. Everything Hawaiian has been selling very well too – leis, sunglasses and grass skirts all selling through really well.”

“There have been a few pirate-themed events recently so they have created a big demand for us. The Scouts and Cubs have had a big pirate celebration for their 50th anniversary and some schools were doing a few bits as well.”

“We’ve been really pushing balloon decor recently and we’re doing well, with lots of prom and table centrepiece work. Single balloons that are doing well are the huge 34” numbers – we can’t sell enough of those! And lots of funky shapes and designs like unicorns, flamingos, cacti and palm trees. It’s all very summery!”